Miley Cyrus is dancing with her, Kanye West sings about her. So who is Molly? Molly is a fairly common street drug that causes hallucinations and euphoria but also promises a terrifying and horrific crash.

In addition to the drug's advertised purity and potency, celebrity endorsements are boosting its popularity. What's not as widely advertised is the fact it's dangerous, addictive and even deadly.

Molly is short for chemical molecule, referring to a purer form of 4-methylenedioxymethamphetamine (MDMA). The same white powder as what's in the drug Ecstasy – raises serotonin levels in the brain and induces feelings of euphoria, pleasure, empathy and closeness, often leading to unprotected sexual activity. The high can last three to six hours and the crash that follows is worse than any hangover you've ever experienced.

Molly is claiming lives nationwide, in particular in connection with dance music events. Just last week a University of New Hampshire junior died at a music festival in New York after allegedly using Molly, and the number of deaths is growing at an alarming rate. Like bath salts, MDMA is man made and makers of MDMA can add anything they want to the drug, so its purity is always in question.

Most users of Molly take a pill, tablet or capsule, which often look like candy. The pills come in different colors and shapes and sometimes have cartoon images on them. Molly's deceptive look coupled with it's newly found paparazzi like media attention has brought this deadly drug to a new more enlightened public. So tell your kids, don't take Molly to the dance because it just may be the last dance they'll ever attend. 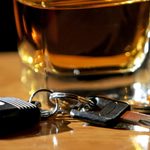 How Can a Lawyer Help? No matter how well or poorly you feel you did on these roadside tests, you need to remember that each of these tests is very complex. If administered improperly, the results of the tests could be totally unreliable. Our team at Lacoste Law Firm has gone through the same Standardized Field Sobriety Tests training that every officer has experienced. We know the ins and outs of these tests and everything to look for. You do not need to fight these complicated issues alone – contact us today.

Thank you for contacting us. We will get back to you shortly.

Please complete all required fields below.

WE’RE HERE FOR YOU

If you are in need of counsel, contact Lacoste Law today to set up an appointment for a free consultation. You can reach Lacoste Law by phone at 603-766-4924 or by simply clicking on the free consultation button below. We look forward to providing immediate assistance with your legal matter.
Schedule A Consultation