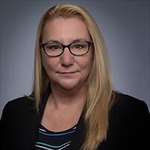 For over 25 years Attorney Lacoste has worked for law firms in New Hampshire and Massachusetts. Since her admission to the New Hampshire and Massachusetts Bars in 2004, Attorney Lacoste has represented clients in civil litigation, probate litigation, personal injury, medical malpractice, worker's compensation, family law, employment law, and estate planning and administration while working at a prominent New Hampshire Seacoast law firm as well as her own practice in Portsmouth.

Attorney Lacoste previously served as Assistant County Attorney at the Carroll County Attorney's office where she prosecuted many felony and misdemeanor appeal cases before a jury.

Attorney Lacoste's colleagues describer her as “an excellent attorney committed to doing first rate legal work” and as someone who “has a passion for the law and the legal process second to none.”

In her spare time, she enjoys scuba diving, bicycling, kayaking, hiking and music.

Thank you for contacting us. We will get back to you shortly.

Please complete all required fields below.

WE’RE HERE FOR YOU

If you are in need of counsel, contact Lacoste Law today to set up an appointment for a free consultation. You can reach Lacoste Law by phone at 603-436-8110 or by simply clicking on the free consultation button below. We look forward to providing immediate assistance with your legal matter.